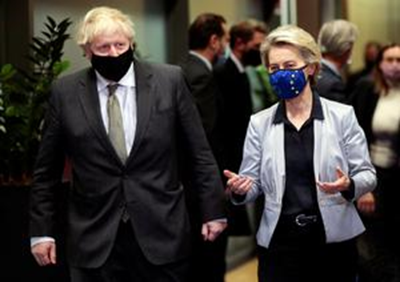 On Thursday morning the UK and the EU appeared no closer to reaching an agreement for a trading relationship after the end of the transition period on 31st December. In recent months Brexit has received comparatively little attention as the media and investors focused on COVID-19 and the race to develop a vaccine for the pandemic. In recent days Brexit has come sharply back in to focus as time runs out to avoid a ‘No Deal’ scenario. After a meeting on Wednesday evening Boris Johnson and Ursula von der Leyen agreed to extend talks until Sunday, but both sides appeared pessimistic about reaching a compromise before then.

Failure to reach a deal could cause significant disruption and therefore damage to both economies in the short and medium-term. Since the referendum in 2016, gold has enjoyed a number of sharp increases against GBP in the aftermath of negative news regarding the agreement of a deal. It is safe to assume UK-based investors will seek refuge in haven assets should a No Deal scenario materialise, which in combination with a weakening GBP could see gold rise as the 31 December deadline approaches.

While GBP is expected to suffer more than the Euro if no agreement is reached, many analysts are closing monitoring the single currency’s performance. The impasse regarding a new stimulus package for the EU has finally been overcome, with Poland and Hungary agreeing to the deal. The agreed stimulus package, which includes a €750 billion  pandemic aid fund, contains a level of quantitative easing that has raised worries regarding inflation across the Eurozone. The combination of Brexit uncertainty in the short-term and excessive money creation in the long-term have led many analysts to see gold as an opportunity for hedging against GBP and EUR weakness.